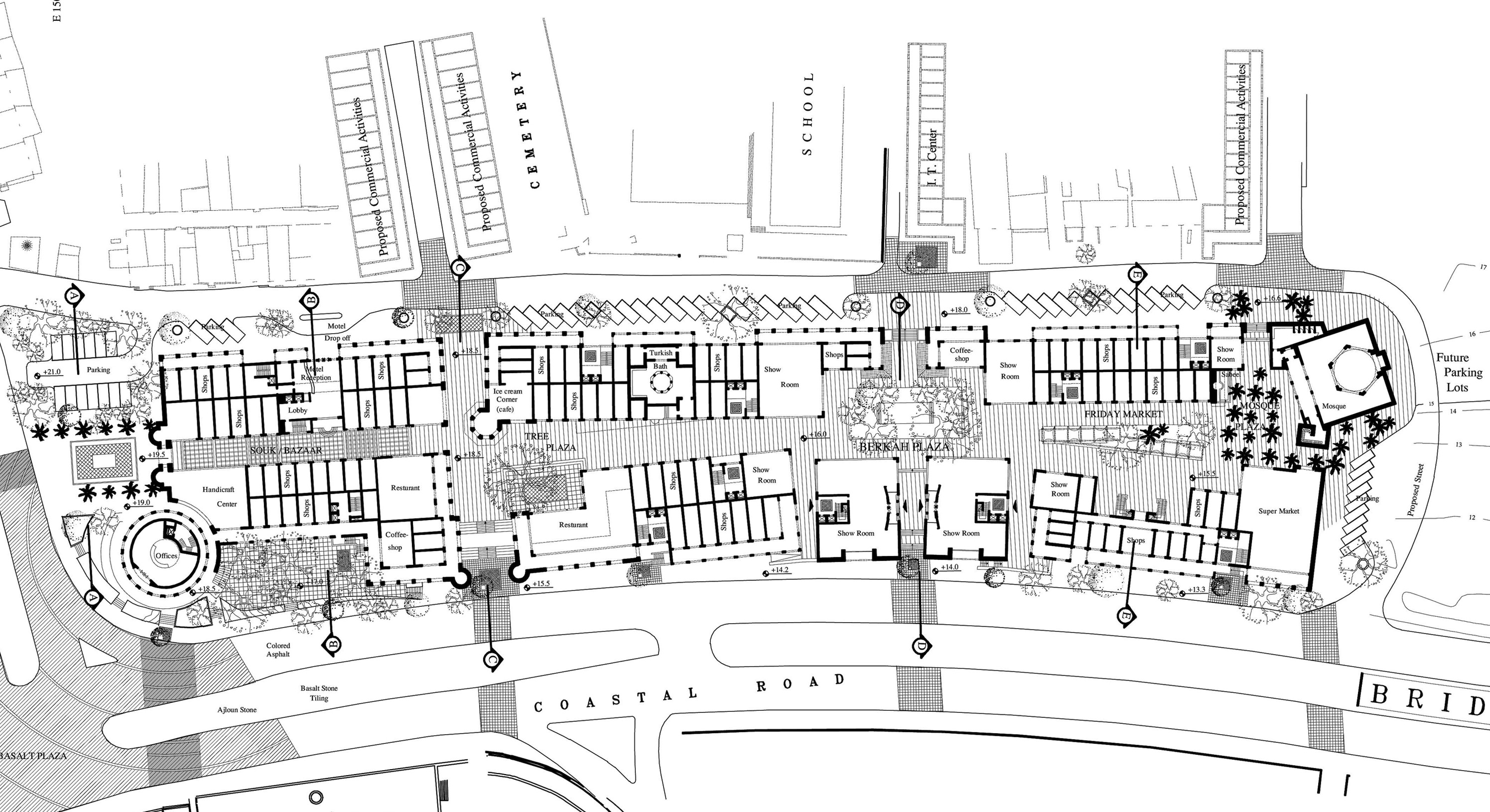 The main feature of this plan is the internal commercial pedestrian spine. This linear connecting element was carefully crafted in terms of scale and urban space quality. The main spine is  intersected by 2 paths taken as an extension of adjacent streets to ensure easier flow of public into our project. The intersection zones are turned into pedestrian Plazas of diverse character. These Plazas were featured with micro scale urban architectural elements in the facades and on ground for enrich the quality of the urban experience of this winning scheme. This design includes carefully located urban landmarks to insure visual continuity  and integrity of the urban space. This can be seen in delicate location of the mosque’s minaret as an example. It important to mention that the Aqaba Authorities adopted this project’s scheme as a building regulation for further development of this site. 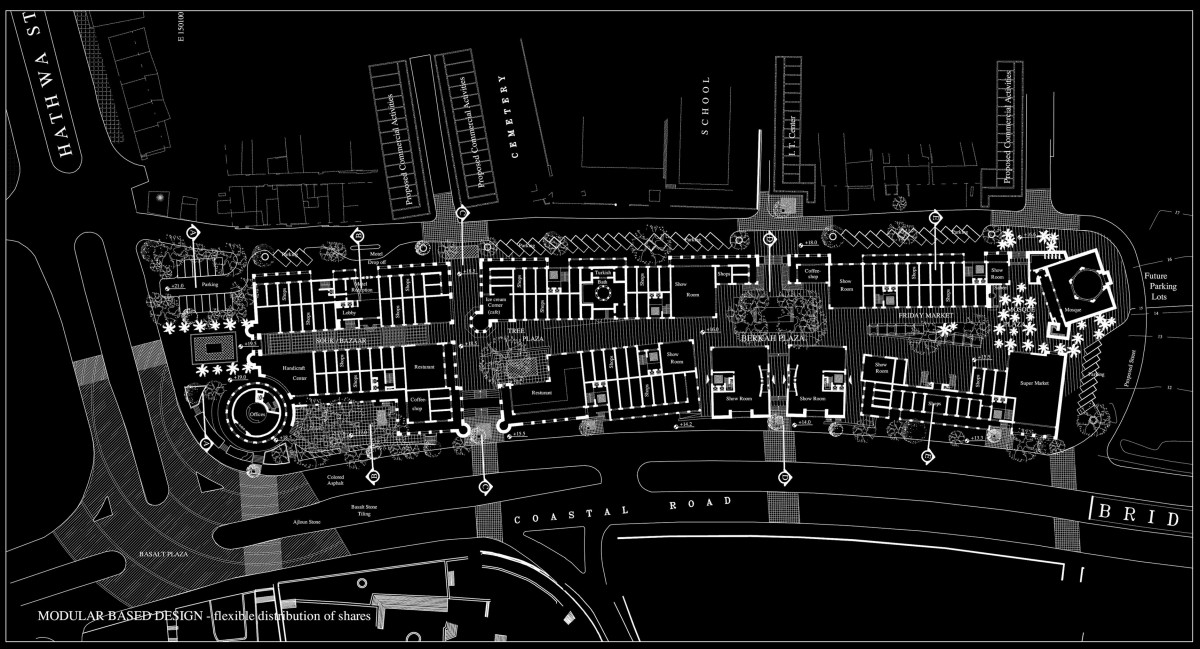 The simple, yet sophisticated planning solution, rich urban form and elegant architecture were amongst the features that gave this design its winning position. The terminal building form came as an answer to the challenge of providing a smooth and functional vehicular flow in and out of the site. The curved form of the terminal building defined the central pedestrian Plaza carefully sized and scaled as a rich urban space adding to the unique experience of this project. The eastern façade of the terminal building, were buses park to load and unload, was envisioned to resemble the “city wall”. It is cladded with large natural stone slabs brought from the neighboring Aqaba mountains. This contrasts with the transparent western façade overlooking the central Plaza.

Two main streets define two of the four sides of the project site. The five star Suites Hotel is entered through a dramatic urban space defined by the two buildings that constitute the hotel. The height was determined as to optimize the investment benefit from the site. The ground floor includes the hotel lobby and commercial activity as well. The Office Tower is entered from the other main street on the opposite side. The Hotel and Office Tower are connected through an urban Plaza in the middle of the site. The Plaza is surrounded by commercial activity like cafes and restaurants to insure urban continuity at the ground level and ease of pedestrian movement and integration between the two main parts of the project. 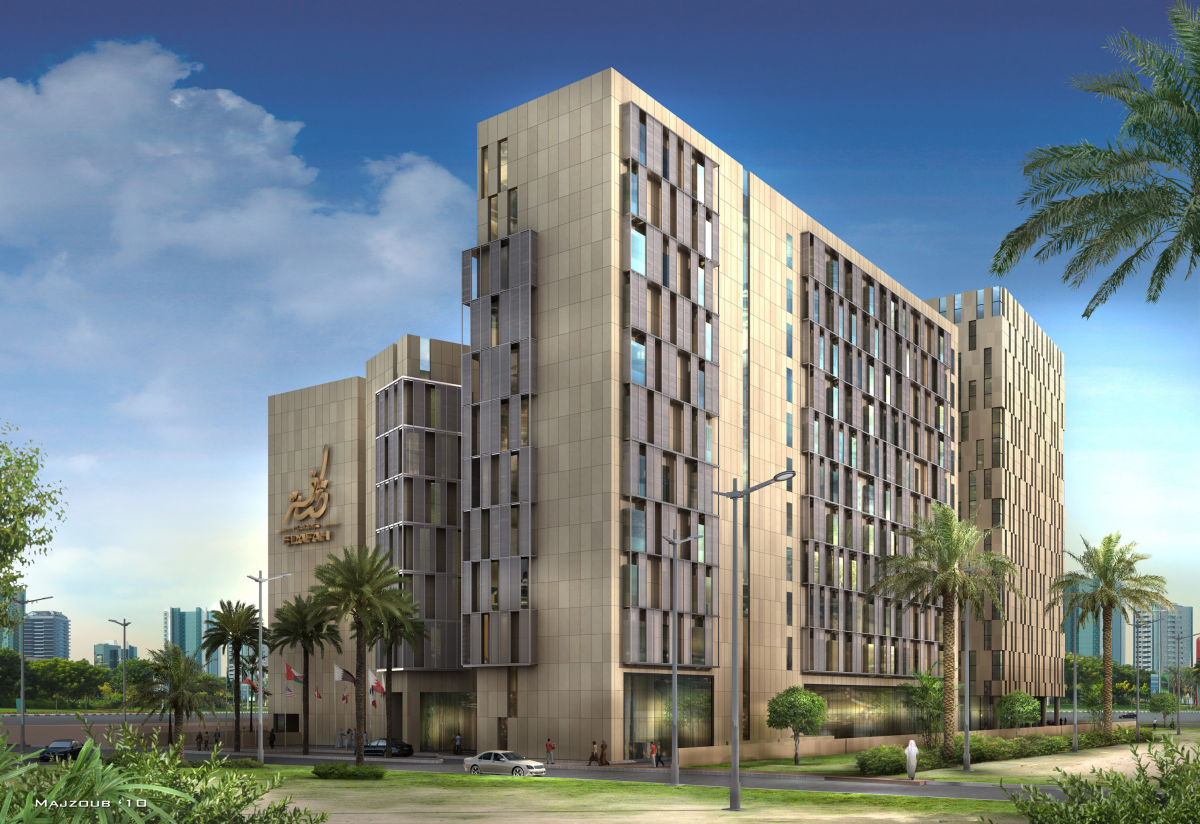