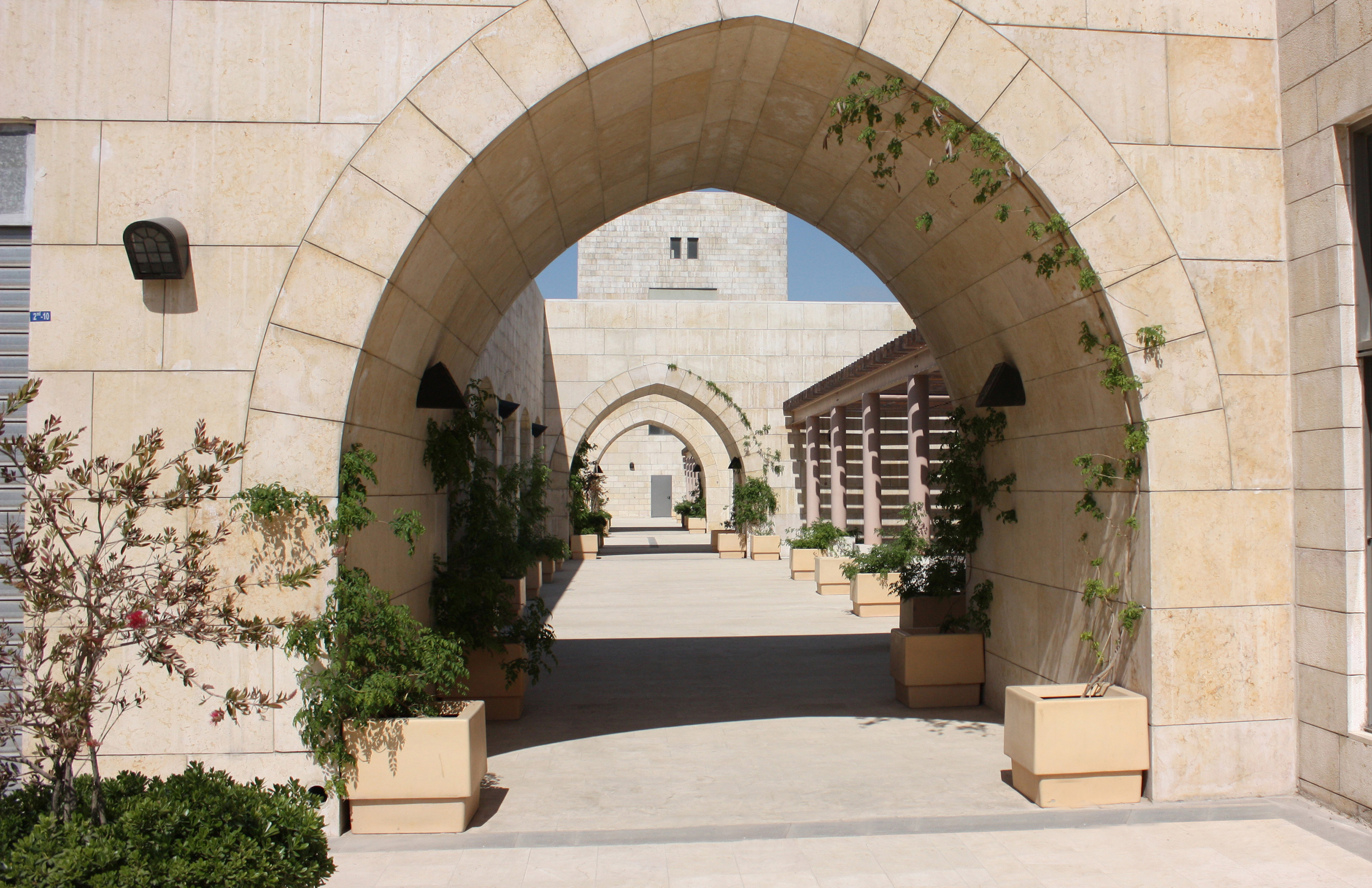 The Raghadan Bus Terminal is as an important component of the Tourist Development Projects Plan in Jordan. This was a collaboration between the Jordanian Government and the Japan International Cooperation Agency JICA. The project plan is based on a longitudinal axis parallel to the main street. The vehicular and pedestrian accesses integrate smoothly with the movement around the project’s site. The upper level of the Terminal building contains shops, restaurants and a visitor’s center and can be reached through a number of carefully distributed public stairways. The Terminal building is a linear structure stretched along the main axis. It could be described as a sequence of open and shaded spaces that are visually well connected with the surrounding urban context. Another perpendicular axis intersects with the long one forming a Central two level Plaza. The lower –ground- level is landscaped with a mosque and is connected with the upper level by a large stair. The massing of the Terminal building was fragmented in order to integrate with the surrounding urban fabric of the city. 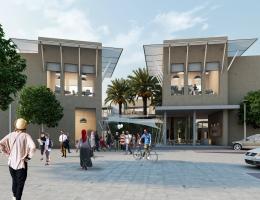